Situation Analysis on Children and Adults with Disabilities in Uzbekistan

This document analyses the situation of children and adults with disabilities in Uzbekistan, describing the state of affairs, including the access to universal services, accessibility, participation, and social protection welfare

Uzbekistan has not yet ratified the CRPD. The United Nations and civil society, including organizations of people with disabilities, advocate for taking the step towards full ratification. To that end, the technical capacities of the public administration and the political will of the government need to be boosted. A Situation analysis on children and adults with disabilities pursues this objective, it identifies the most urgent action for reform.

A mixed-methods approach was undertaken to generate a comprehensive picture. First-person accounts from people with disabilities, their families and disability advocates were also included, gathered in the form of interviews and statements. The report follows the structure of the Convention on the Rights of Persons with Disabilities. 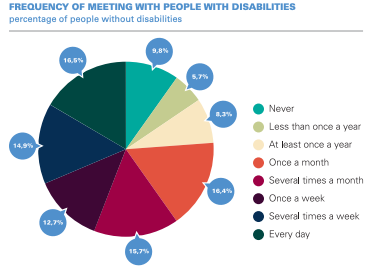 The Fresno team, together with external consultants, has assisted the Uzbek UN-Family, namely UNICEF and UNDP, to pull together the most recent evidence, and formulate recommendations for public policies that will ensure the rights of people with disabilities.